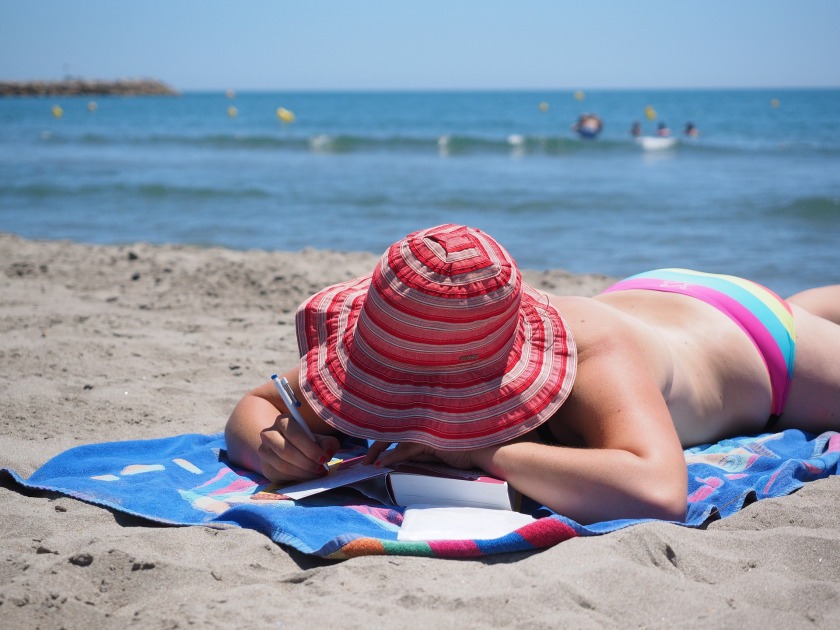 Get your tickets here for the ‘counting’ Big Word of Mouth on June 13.

Here’s my story on the theme….

I’m counting. The numbers going up, the whoosh as the numbers come down and then the numbers that tell me just what the heck my blood pressure is doing.

It’s my punishment for being casual with my meds on a quick little interstate trip. I’m too busy swanning about to bother scratching around in the bottom of my bag, digging out the tablets. Besides, I reasoned, I feel fine.

I get home, my head throbs, my face burns, I’m only moments away from collapse, surely, and so I have my first birthday ever (since I was about five, I reckon) without a glass of wine.

What to do on my special day while I wait for the numbers to stabilise and things to return to normal? Why don’t I see if there is a bit of Ponderosa footage on YouTube?

Were you one of those diehard Bonanza fans a millennium ago? Remember the series with Michael Langdon as Little Joe and Lorne Green as the dad, Ben Cartwright?

No, me either. My sisters and I were probably over on the other channel getting freaked out by Dr Smith in Lost in Space. It wasn’t all warning, warning for nothing on that scary show.

Anyway, very early in this new century, I had reinvented myself as a film and television extra. Somewhere in between being a barfly in Something in the Air, a mother on the beach in bathers in Eugenie Sandler PI, a protestor in that thing they shot in Barwon Heads and any number of unforgettable background characters in Blue Heelers, I got a semi-regular gig on a series called Ponderosa, a new made-for-the-US-market television show, which was a prequel to Bonanza.

It was filmed up near Trentham in the lot that had been used for some scenes in Snowy River and was now transformed into the wild frontiers of Nevada.

Yesterday, it occurred to me, while I was considering what I might do while I was counting those numbers, that there might be a bit of Ponderosa lurking about online.

How about the whole blinky lot?

Here I am. See me in this still from the pilot episode? This is me in my indignant scene.

I was pretty integral to the series. It’s hard to imagine how I didn’t get a listing on the credits. I jest, although I did have my own two coat hangers. I had my own boots, my own woollen skirt, my own three petticoats, my own shirt, woollen shawl, gloves and calico bonnet. I shared a few shopping baskets, loads of firewood and pots with the other Two-Hanger extras. Whoever needed to walk from here to there in the muddy main street of the fictitious town would usually be toting one of these props in one hand with the other hand free to hoik their skirt out of the mud.

Anyway, it’s the first day of shooting, and already there is a hierarchy amongst the extras. That I have no idea how that even happened indicates that I am nothing even among the bottom feeders that are extras.

So here we are and it’s time to introduce the beautiful Margaret Green, played by Josephine Byrnes, to the story. She’s a beautiful haughty widow and she swans into the general store and pushes aside the no-name Quaker woman – who just happens to be me – and demands to be served first.

Except of course, I didn’t just happen to be there. I was chosen. By the third assistant director. ‘Hey you, stand on the mark and look indignant.’

The scene is set up. There is a run through. The shopkeeper tells me to ‘ask for vinegar’ so that we have some action running before Mrs Green comes in all hoity-toity and entitled.

I can’t ask for vinegar (extras don’t talk, especially in a film where an accent coach would train the talent) but the shopkeeper won’t be told. So I’m trying to keep everyone happy and just pretend that I’m about to ask for vinegar – it’s a fine line I’m treading – and turns out I’m managing it spectacularly well.

You see, we break for lunch before we actually shoot the scene. Cloud cover and then an aeroplane overhead are the flies in the ointment, creating lengthy holdups and well, we have to eat, so a break is called.

While the talent has first go at everything in the catering shed, the third AD draws all of us extras aside and gives us a pep talk. He tells me how tremendous I am at ‘indignant’. In front of the newly established, but invisible to me, hierarchy of extras, I am informed of my bountiful acting gifts. Or at least that’s how it seems to me. The praise is marvellous and the third AD leaves the metaphorical spot light shining on me for so long I truly believe I am incredible at indignant. I swan through lunch, imagining it won’t be too long before I am elevated into a speaking role and my two coat hangers will be carried from the uninsulated site hut where they now hang and deposited into a trailer alongside the other actors. For sure. For definite sure.

So we reset the scene, we take our marks, the shopkeeper tells me again to ‘ask for vinegar’ and after all the checks are made we have a run through. Then we shoot. Cut cut cut. Something is going wrong. Some idiot is messing this up. Who could this be? Cut cut cut. The director has left his little hut where he sits most of the day hunched over a monitor watching the action and he bursts into the general store and he marches over to the recalcitrant and with spit flying from his mouth, tells that bloody idiot to stop it, just stop it. Don’t act it, just think it. Just f-ing stop it. And then he storms out. Everyone is still and silent and quite shocked by the outburst. The director doesn’t usually leave his spot. The director is furious. This is day one. Things are bad.

The bloody idiot is me.

So wound up in my own desire to be spectacularly marvellous at indignant, to give them what they need, I wind up overplaying it to such an extent, I know immediately my coat hangers are not moving up the lot. At this rate I’ll be lucky to even see the day out.

Fortunately, what the director wants for indignant and what I would like to call the look of hopes dashed are practically identical and we are able to shoot the scene now in one take.

So here I am. In my coarse itchy woollen clothes, their hems caked in wet mud. Hopes dashed standing in for indignant. And having just been called a fly-by-night with unmistakeable disdain by the perfectly coiffed and tiny-waisted beautiful widow. It is a good thing I don’t ask for vinegar because I would have cried for sure. You betcha. 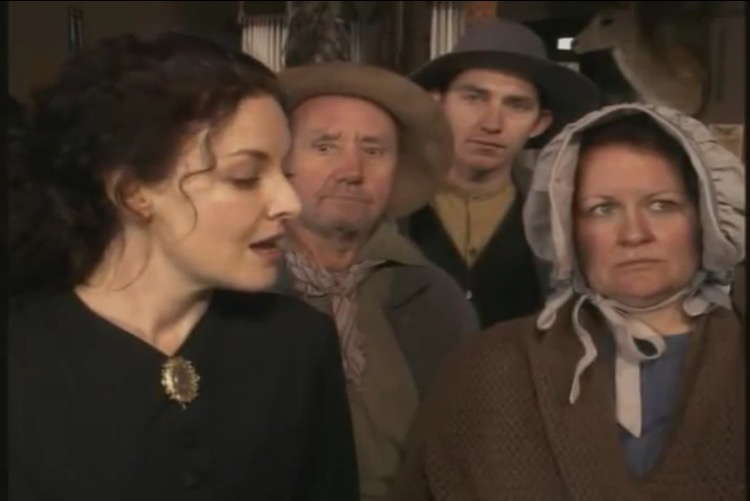